Many variable in nature are nearly normally distributed. A commonly used example is height.

The Normal Distribution is Unimodal and Symmetric. It is also referred to as the Bell curve due to the distribution resembling a bell shape. However, it is not just any symmetric unimodal curve. It follow very strict guidelines about how variably the data are distributed around the mean.

While many variables are merely normal, but none are exactly normal due to the following strict guidelines:

The Normal Distribution has two parameters. 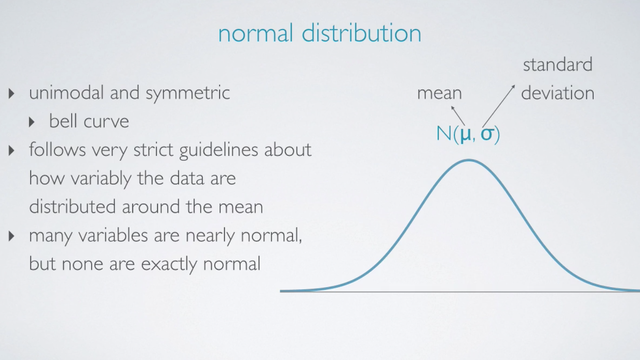 Shape of the distribution - μ and σ 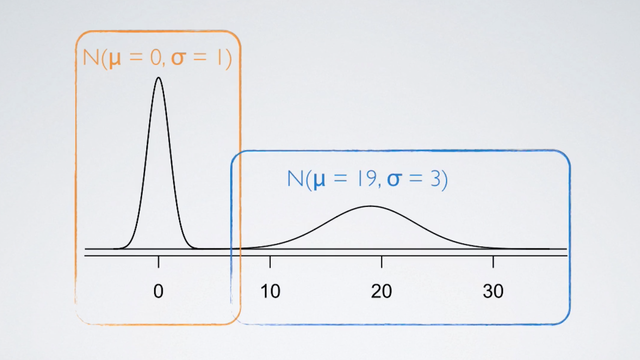 So, what are the strict rules that govern the variability of normally distributed data around the mean of the distribution? 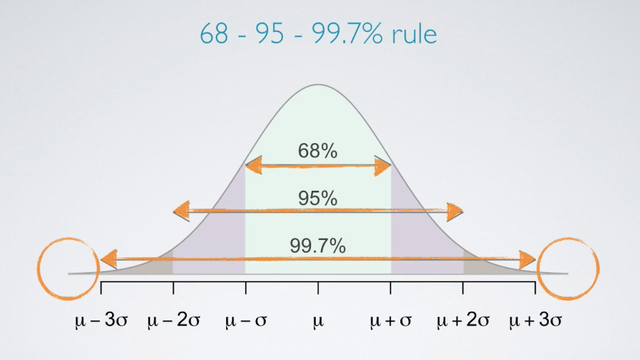 We can use the 68-95-99.7% rule to estimate the standard deviation of a normal model, given just a few parameters about the distribution of the data.

We are going to make use of the fact that in a normal distribution, almost all of the data lie within three standard deviations of the mean. So the expected minimum and maximum for above are: