Data are organised as data matrix as shown below:

There are two types of variable: Numerical and Categorical.

Numerical variables can be further categorized as Continuous or Discrete:

It is important to think about the nature of the variable, and not just the observed values when determining if a numerical variable is continuous or discrete, as rounding of continuous variables can make them appear to be discrete.

Categorical variable can be also further categorized as follows:

Thus, the following data can be classifed as follows:

For example, the association of the following two variable appears to be positive. 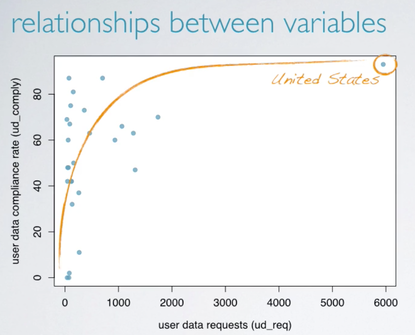