We would like to design an experiment to investigate if energy gels make you run faster:

It is suspected that energy gels might affect pro and amateur athletes differently, therefore we block for pro status:

This way, if we do find a difference in running speed between the two groups, we will be able to attribute it to the treatment, the energy gel, and can be assured that the difference isn't due to pro status, since both pro and amateur athletes were equally represented in the treatment and control groups. 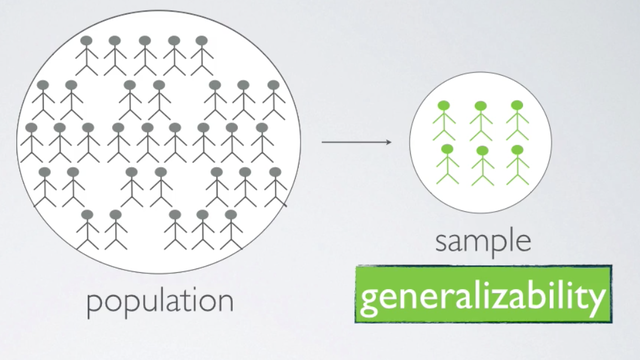 Random assignment occurs only in experimental settings where subjects are being assigned to various treatments. Taking a close look at our sample, we usually see that the subjects exhibits slightly different characteristics from one another. Through a random assignment, we ensured that these characteristics are represented equally in the treatment and control groups. This allows us to attribute any observed difference between the treatment and control groups, to the treatment being imposed on the subjects since otherwise these groups are essentially the same. In other words, random assignment allows us to make causal conclusions based on this study. 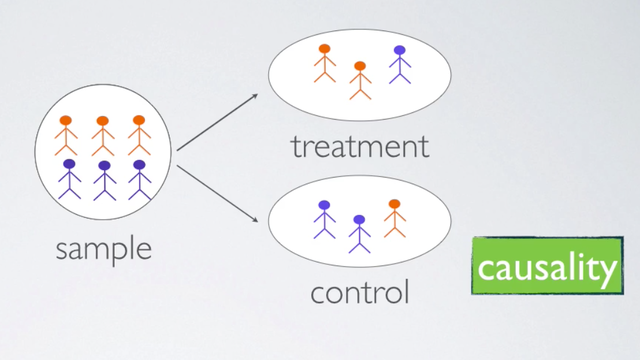 Let's give it a quick example, suppose we want to conduct a study evaluating whether people read Serif fonts or Sans Serif. In other words, without Serif fonts faster. Note that Serifs are these small decorative pieces on the ends of each character. Ideally, you first randomly subjects for your study from your population. Then you assign the subjects in your sample to two treatment groups. One where they read some text in serif font and the other where they read the same text in Sans Serif font. Through random assignment, we ensure that other factors that may be contributing to reading speed, indicated here with the different colors for the subject.

For example, fluency or how often the subject reads for leisure, are represented equally in the two groups. We call such variables con-founders or confounding variables. In this setting, if we observe any difference between the average reading speeds of the two groups, we can actually attribute it to the actual treatment, the font type, and know that it its likely not due to the control confounding variable. So to recap, sampling happens first and assignment happens second. 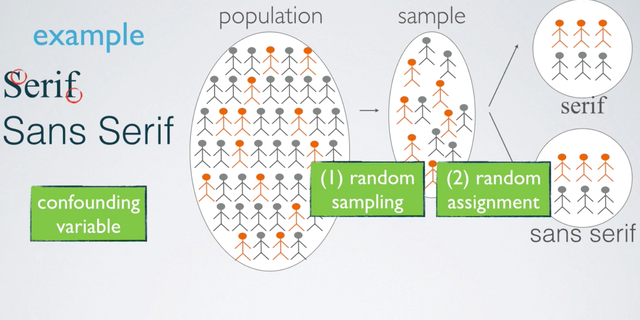 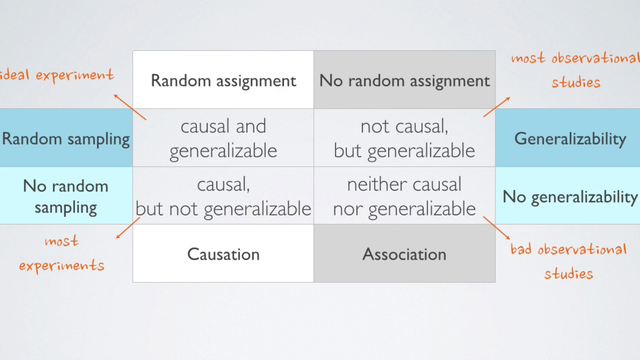