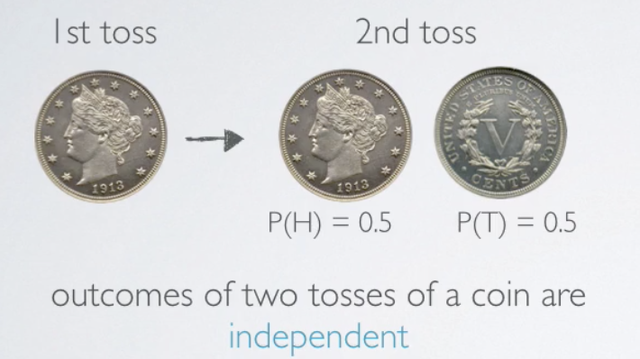 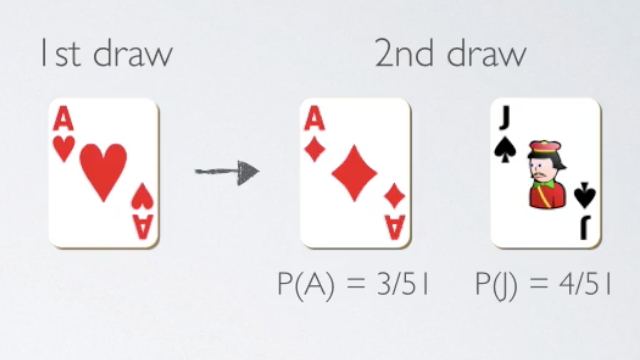 On the other hand, knowing that the frist card drawn from a deck is ace does provide useful information for calculating the probability of outcomes in the second draw (Drawing the cards without replacement, in other words not putting the card back into the deck). For example: the second draw to get ace is P(A) = 3/51. Therefore, outcomes of two draws from the deck of cards, without replacement are dependent.

Based on the definition, the general rule for checking for independence between random processes is:

This rule basically says that knowing B tells us nothing about A. Note: the | stand for given that event B occured.

Determining dependence based on sample data 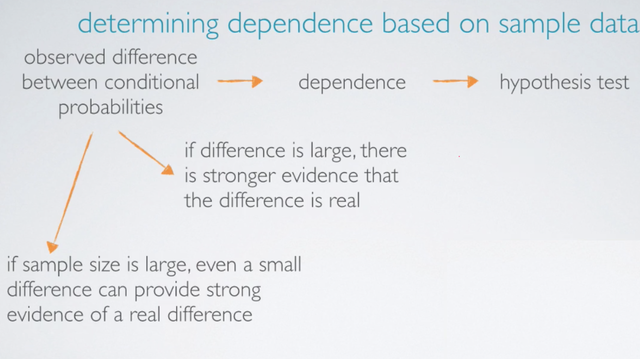 If we observe a difference between the conditional probabilities that we calculate based on the sample, we say that these data suggest dependence. The next natural step would then be to actual conduct a hypothesis test, to see if the observed difference could have just happened due to chance or there is actually a real difference in the population.

Speculating based on the magnitude of probability differences

If the observed differences between the conditional probabilities is large, then there is stronger evidence that the difference is real.

Speculating based on sample size

On the other hand, if the sample size is large, even a small difference can provide strong evidence of a real difference.

If you toss a coin twice, what is the probability of getting two tail in a row?

This rule isn't limited to just two events, it can actually be expanded to as many independent events as you need: