Let's start with a single categorical variable. A 2014 poll in the U.S. asked respondents, how difficult they think it is to save money? We can present the results of this survey in a frequency table below. 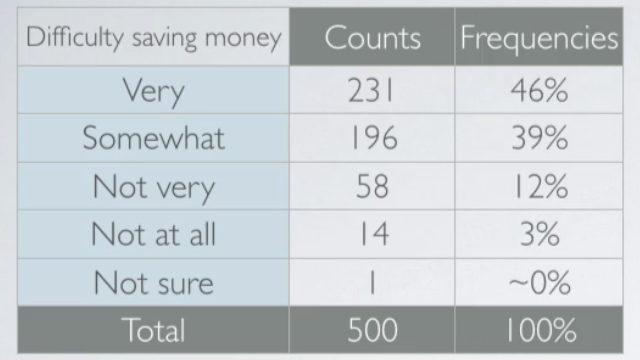 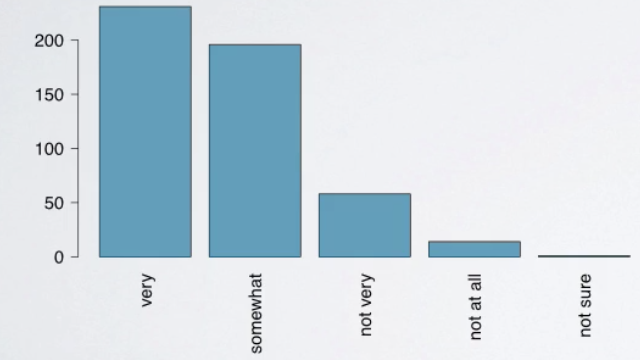 How are bar plots different than histograms?

First, bar plots are used for displaying distributions of categorical variables while histograms are used for numerical variables. Second, the axis in a histogram is a number line, hence the orders of the bars cannot be changed. While in a bar plot the categories can be listed in any order. Though some orderings make more sense than others, especially for ordinal variables.

It might be tempting to also make a pie chart for these data, but a pie chart is actually much less informative than a bar plot. 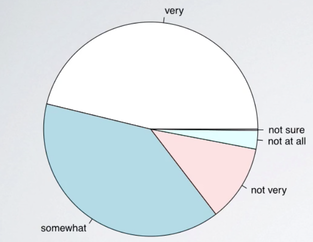 First, while it tells us the relative ordering of the levels, it doesn't actually tell us what percentage of the distribution falls into each level. Second, when there are many levels in a categorical variable with similar relative frequencies, it might be difficult to determine which level is more highly represented just by looking at a pie chart. For example, below shows a pie chart of orders of mammal species. 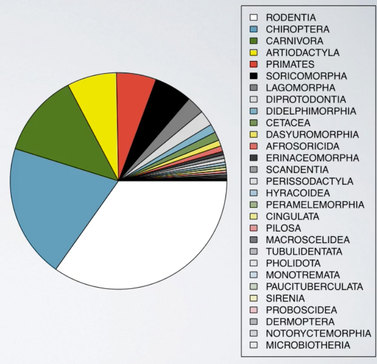 Just by looking at the pie chart, can you tell which order encompasses the lowest percentage of mammal species? It is very difficult.

There is a poll asked how much income each participant makes, and we might wonder, if whether people think it's difficult, or easy, to save money, is related to their income.

To evaluate this, we organized these variables in a contingency table.

There are three levels of the income we consider.

To evaluate whether income and perception of difficulty of saving are related. We will need to compare people who think, say, it's very difficult to save money among the different income levels. But, we can't just compare these counts since the sample sizes for each income level are different. 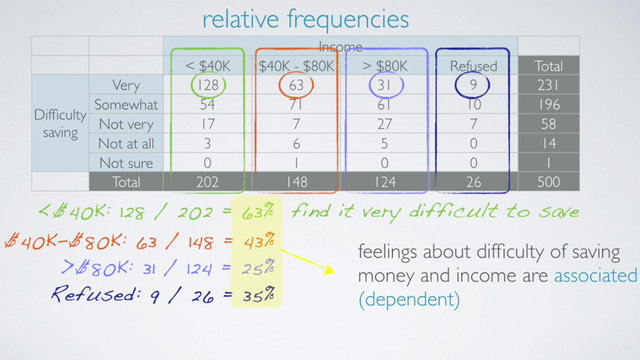 An obvious choice for visualizing two categorical variables is a segmented bar plot. 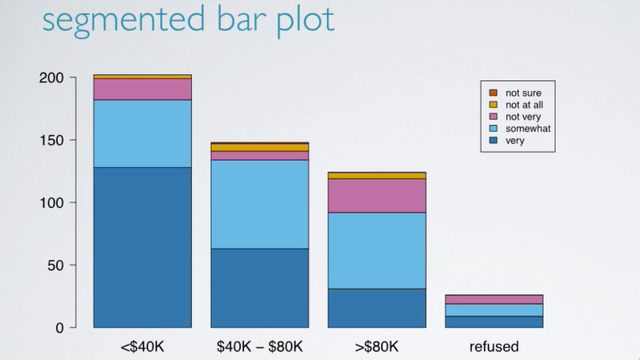 Segmented bar plots are useful for visualizing conditional frequency distributions. In other words, the distribution of the levels of one variable, the response variable, conditioned on the levels of the other, the explanatory variable. The heights of the bars indicate the number of respondents in various income categories. And the bars are segmented by color to indicate the numbers of those who think it's very difficult to save money, to not at all. Note that these are frequencies, in other words counts, and not relative frequencies. So, while segmented bar plots are useful for visualizing frequency distributions, in order to explore the relationship between these variables, we need a visualization of the relative frequencies.

So one alternative is to plot the relative frequencies. 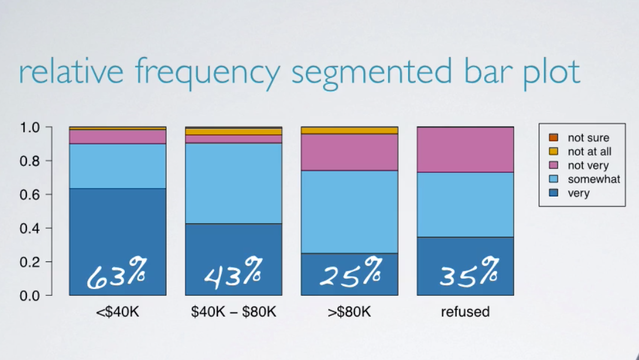 This plot basically visualizes the percentages we had calculated earlier, such as 63% of those who make less than 40,000 per year think it's very difficult to save money, etc. Another alternative is a mosaic plot. 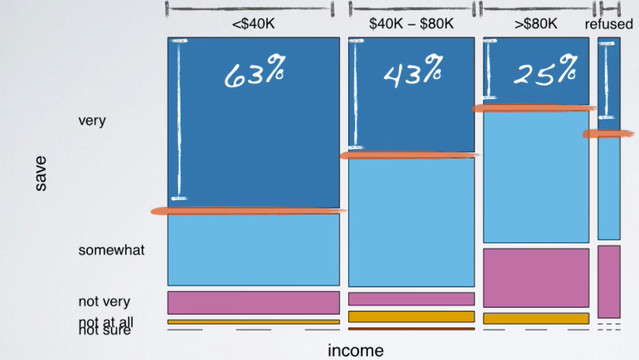