Fuzzy c-means (FCM) is a method of clustering which allows one piece of data to belong to two or more clusters. This method (developed by Dunn in 1973 and improved by Bezdek in 1981) is frequently used in pattern recognition. Straightly speaking, this algorithm works by assigning membership to each data point correspoinding to each cluster center on the basis of distance between the cluster and the data point. More the data is near to the cluster center more is its membership towards the particular cluster center. Clearly, summation of membership of each data point should be equal to one. The algorithm is based on minimization of the following objective function:

Fuzzy partitioning is carried out through an iterative optimization of the objective function shown above, with the update of membership uij and the cluster centers cj by:

The iteration will stop when

, where ε is a termination criterion between 0 and 1, whereas k are the iteration steps. This procedure converges to a local minimum or a saddle point Jm.

The algorithm is composed of the following steps:

Parameters of the FCM algorithm

Before using the FCM algorithm, the following parameters must be specified: 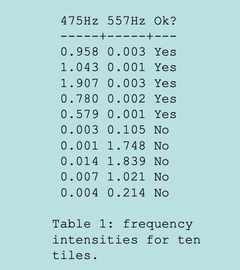 Tiles are made from clay moduled into the right shape, brushed, glazed, and baked. Unfortunately, the baking may produce invisible cracks. Operators can detect the cracks by hitting the tiles with a hammer, and in an automated system the response is recorded with a microphone, filtered, Fourier transformed, and normalised. A small set of data is given in above table. 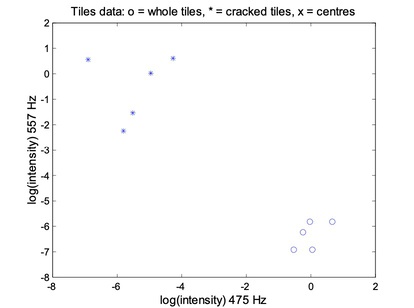 Plot of tiles by frequencies (logarithms). The whole tiles (o) seem well sparated from the cracked tiles (*). The objective is to find the two clusters. 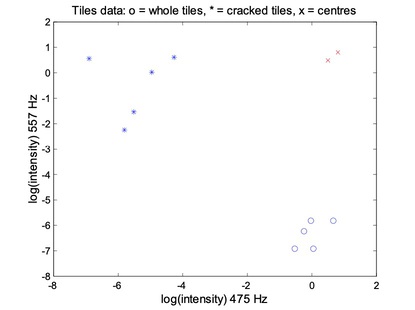 For the FCM, each data point belongs to two clusters to different degrees. Then, 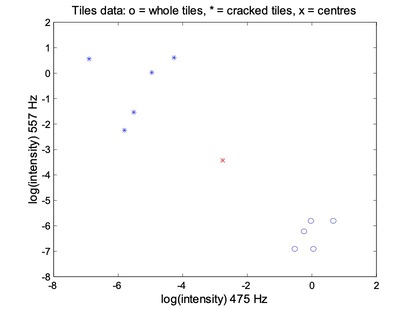 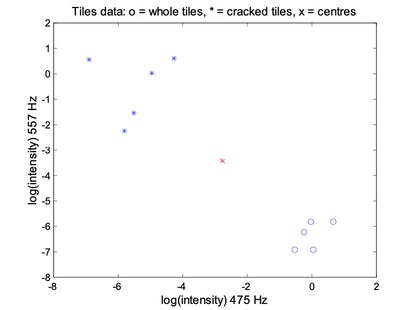 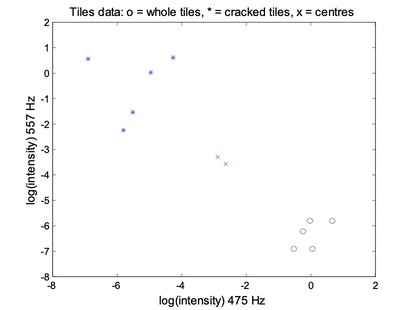 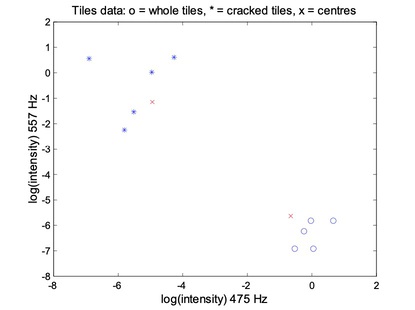 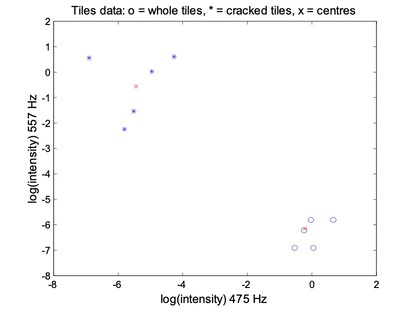 Iteration 13 (then stop, because no visible change). Each data point belongs to the two clusters to a degree. 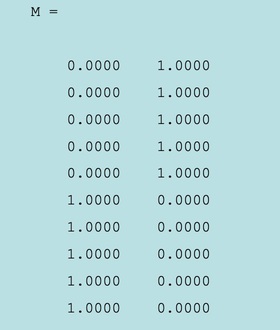