Wind Shear is the change in speed or direction of wind over a relatively short distance or time period. Vertical wind shear is the most commonly described shear. Wind shear is considered to be severe if the horizontal velocity changes at least 15 m/sec over distances of 1 to 4 km. In the vertical, wind speeds change at rates greater than 500 ft/min.

Strong wind shear can tear a hurricane apart. Hurricanes need to develop vertically. When wind shear is increased, there is a greater change the storm will dissipate because the storm is pushed or spread over a larger area. The NOAA visualisation shows the effect of wind shear on hurricanes. 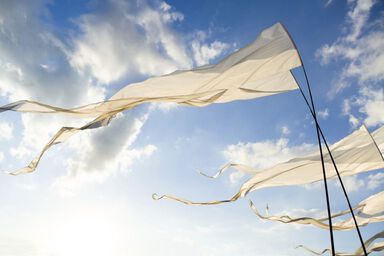 In the 1970s and 1980s, multiple aviation accidents were attributed to wind shear phenomena. According to the NASA Langley Research Centre, about 540 fatalities and numerous injuries resulted from wind shear crashes involving 27 aircraft between 1964 and 1994. These numbers do not include accidents that almost occurred. Above image shows wind shear on an airplane.

A type of weather phenomenon called microburst can produce extremely strong wind shear. As a downdraft spreads down and outward from a cloud, it creates an increasing headwind over the wings of an oncoming aircraft causing a sudden leap in airspeed, and the plane lifts. Pilots may react by reducing engine power. However, as the plane passes through the shear, the wind quickly becomes a downdraft and then a tailwind. This reduces the speed of air over the wings, and the extra lift and speed vanish. Because the plane is now flying on reduced power, it is vulnerable to sudden loss of airspeed and altitude.