In Bayes’ theorem, each probability has a conventional name:

It is quite obvious to know the following two conditions:

Note: P(B,C)= P(B∩C) is the probability of the interaction of B and C. 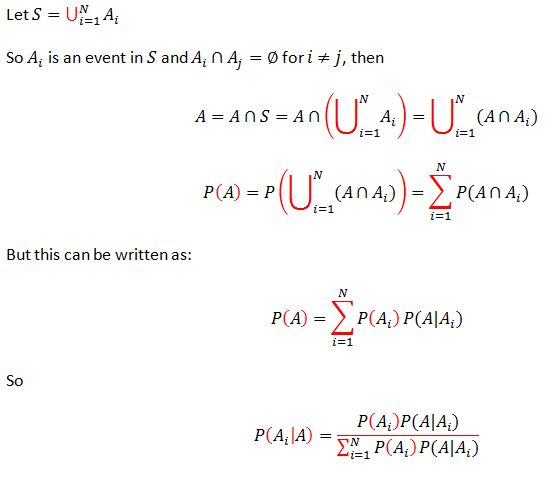 and there is an analogous statement of the law of total probability:

Here we have indulged in a conventional abuse of notation, using f for each one of these terms, although each one is really a different function; the functions are distinguished by the names of their arguments.