Early web application architectures did not have much organization on the server side:

complicated, and the applications became very difficult to maintain.

The Model-View-Controller (MVC) architectural design pattern, implemented over the middleware, is used in many web application frameworks and was introduced as a means of dealing with this complexity: 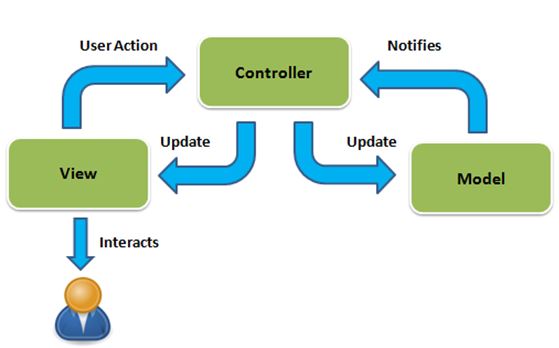 Although there are different varieties of MVC, the control flow is generally: