The practice of tracking and providing control over the changes made to source code. 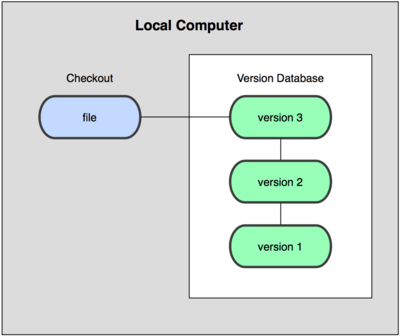 Look at the case of a single developer. With a single developer you've got a version control database here. And on that version control database, I show a couple of versions of this software of your local computer. This could be your file system or it could be a version control system database as well. Now what happens, if you want to check out file a, let's say from version two and edit it and change it, you make those changes and you stick it back into the file system. It's very easy for you do go and pull something, some other version, out of that version database. And so even as a single user, this is a common thing for folks to do is to save various versions of the software they're working on, in case they need to back up if they make a mistake. Or many cases, folks will, if they're creating new feature, they'll stick that into a different version until they get all of the various bugs associated with that feature worked out, and then they'll move onto the next version. 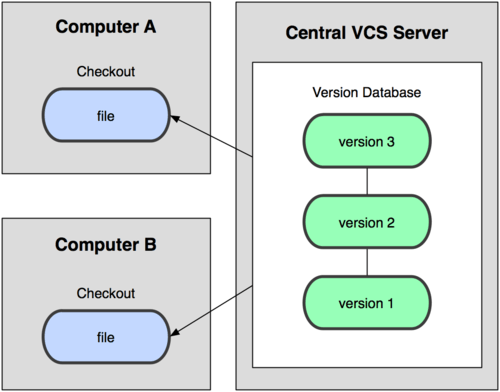 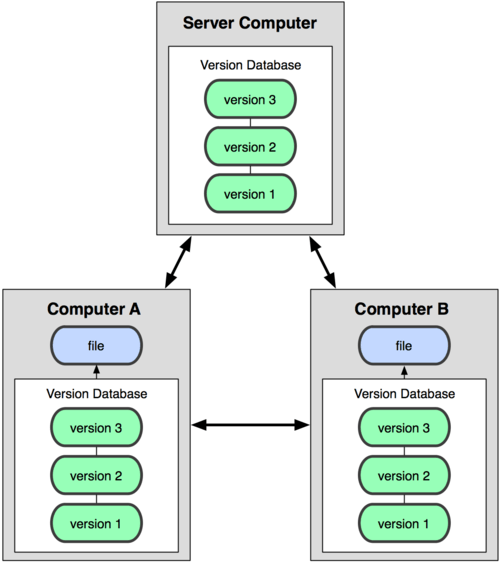 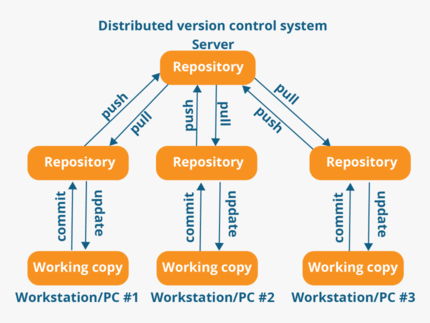