In the Tsukamoto fuzzy models, the consequent of each fuzzy if-then rule is represented by a fuzzy set with a monotonical membership function, as shown in Figure 1. As a result, the inferred output of each rule is defined as a crisp value induced by the rule’s firing strength. The overall output is taken as the weighted average of each rule’s output. Figure 1 illustrates the reasoning procedure for a two-input two-rule system. 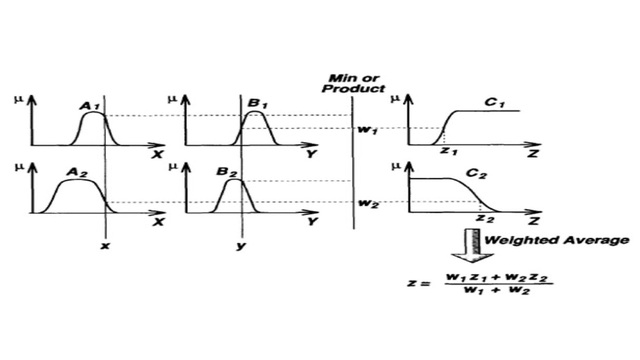 An example of a single-input Tsukamoto fuzzy model can be expressed as: 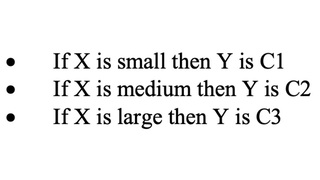 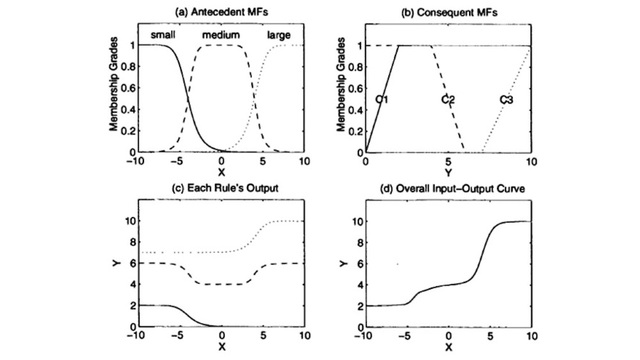 Since the reasoning mechanism of the Tsukamoto fuzzy model does not follow strictly the compositional rule of inference, the output is always crisp even when the inputs are fuzzy.